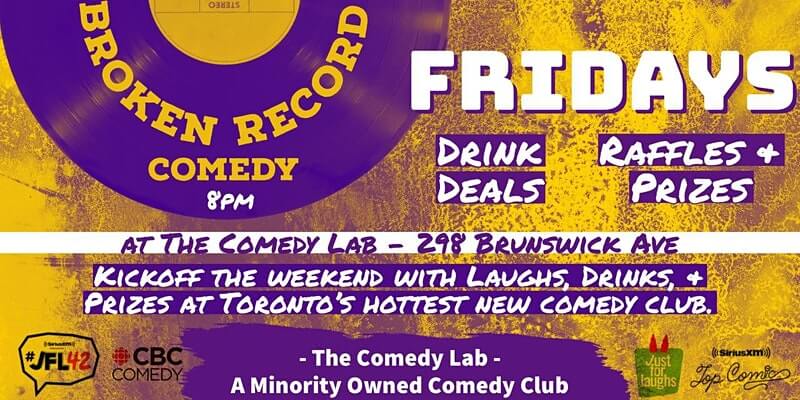 Want to Laugh, Drink, and Win this Friday?

Toronto’s Hottest Comics, Drink Specials, Prizes, & More make this the place to be every Friday. Broken Records Comedy is a showcase of the diverse comedic talent that makes the Toronto scene incomparable, with drink deals, and prizes.

The Comedy Lab is Toronto’s newest minority-owned comedy club. Check out the home of Canada’s most eclectic lineups of killer comedians in the city. Celebrate the diversity that makes the Canadian comedy scene.

Kick-off your weekend with Laughs, Drinks, & Prizes at the most memorable night of comedy in the city.