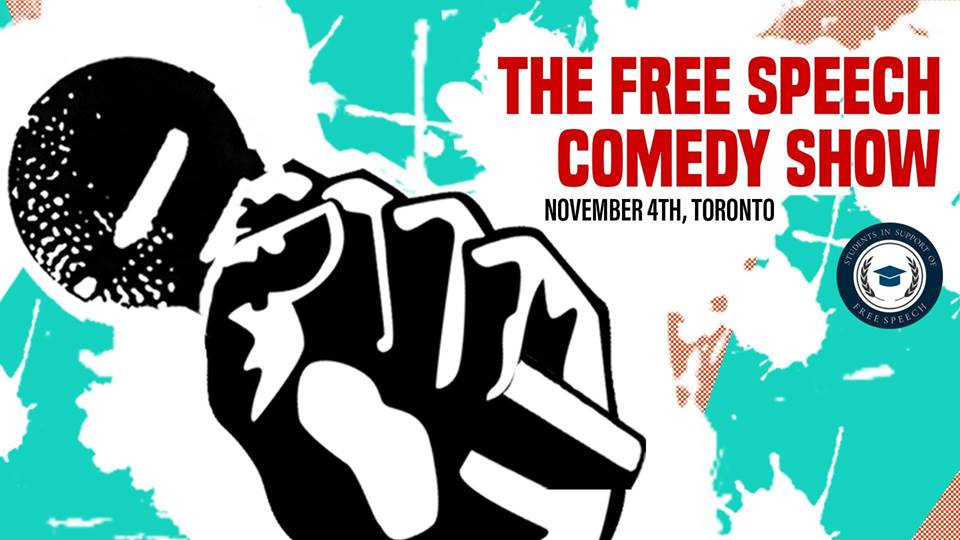 On August 26th Danny Polishchuk tried to put on a pro-free speech comedy show that was canceled due to vandals breaking the locks of the venue. So we’re back bigger and better for a fun night of comedy!

Let’s come together to celebrate the things they’d rather silence us for!

Comedians on the show are:

All proceeds will benefit the Canadian Civil Liberties Association, as well as the owner of The Company House bar in Halifax who was unfairly targeted by similar people and who had her and her child’s life threatened due to a joke made at her bar. Read more below.

Poster by the very talented Erin Gillian! Event in association with Students in Support of Free Speech – SSFS.