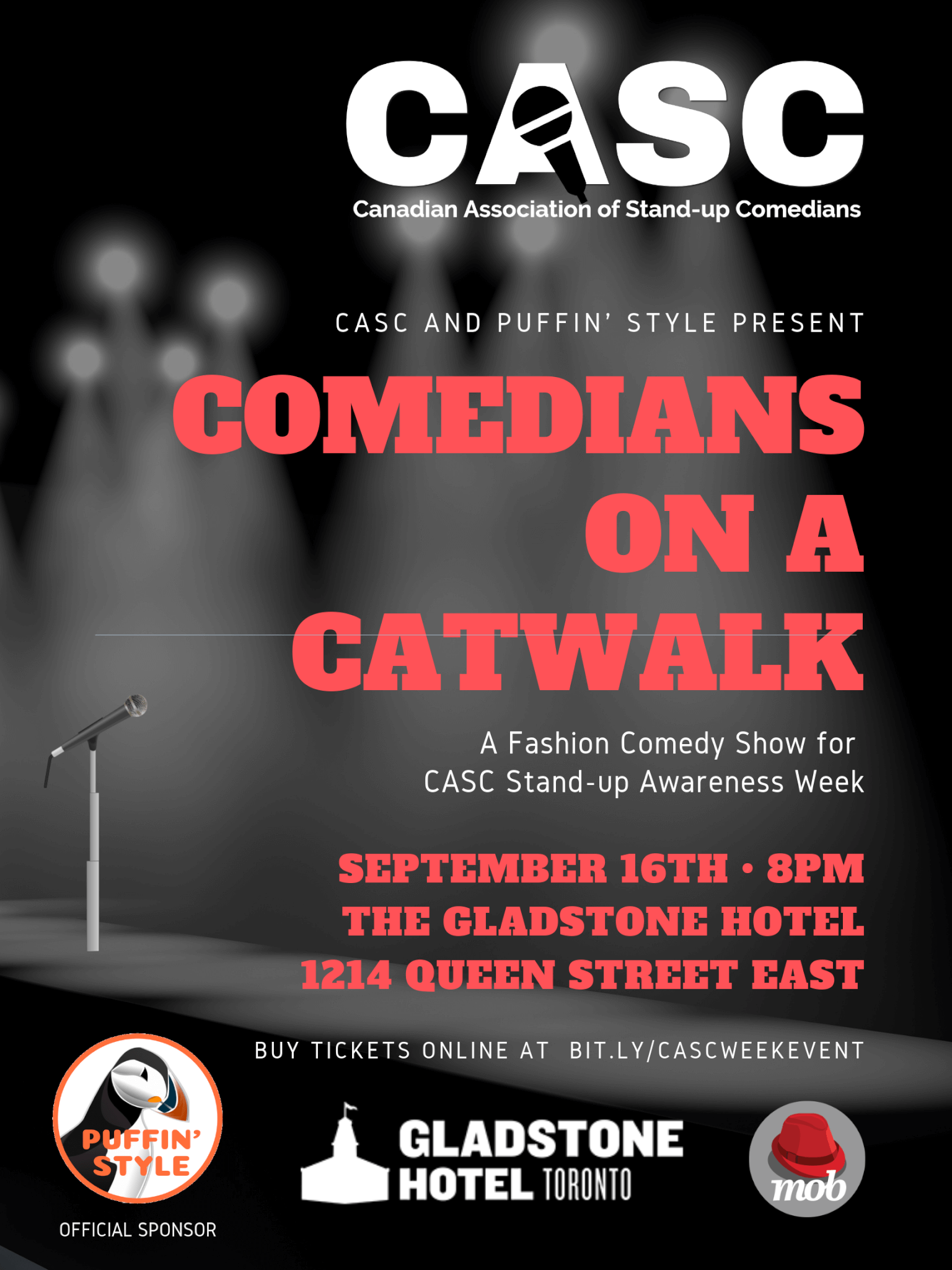 Comedians on a Catwalk

To close up CASC Stand-up Awareness Week, a Comedy Fashion show will be held on September 16th at The Gladstone Hotel.

Comedians on a Catwalk will feature the best comedy stars in the country modeling top designer fashion and slinging punchlines at the end of the runway.

The reason this is happening is that the fashion industry faces the same issues as the stand-up industry. They do not receive any funding and many fashion advocates have been tirelessly working over the last couple of decades to have that changed.

Comedians on a Catwalk will be held at The Gladstone Hotel, September 16th at 8pm. Doors open at 7pm.

Purchase your tickets online at themobspress.com/tickets

Stand-up Awareness Week will be going on across Canada from September 9th to 15th. Please go to http://canadianstandup.ca/casc-awareness-week for more details.

About CASC (The Canadian Association of Stand-up Comedians)
Our goal is to create a dynamic and thriving stand-up industry in Canada that celebrates diverse voices both aspiring and legendary. We are incredibly proud of Canada’s rich comedy legacy and are committed to building upon that success.
The first initiative is elevating stand-up comedy to a recognized art form in Canada so that our work may be eligible for government funding at all levels.