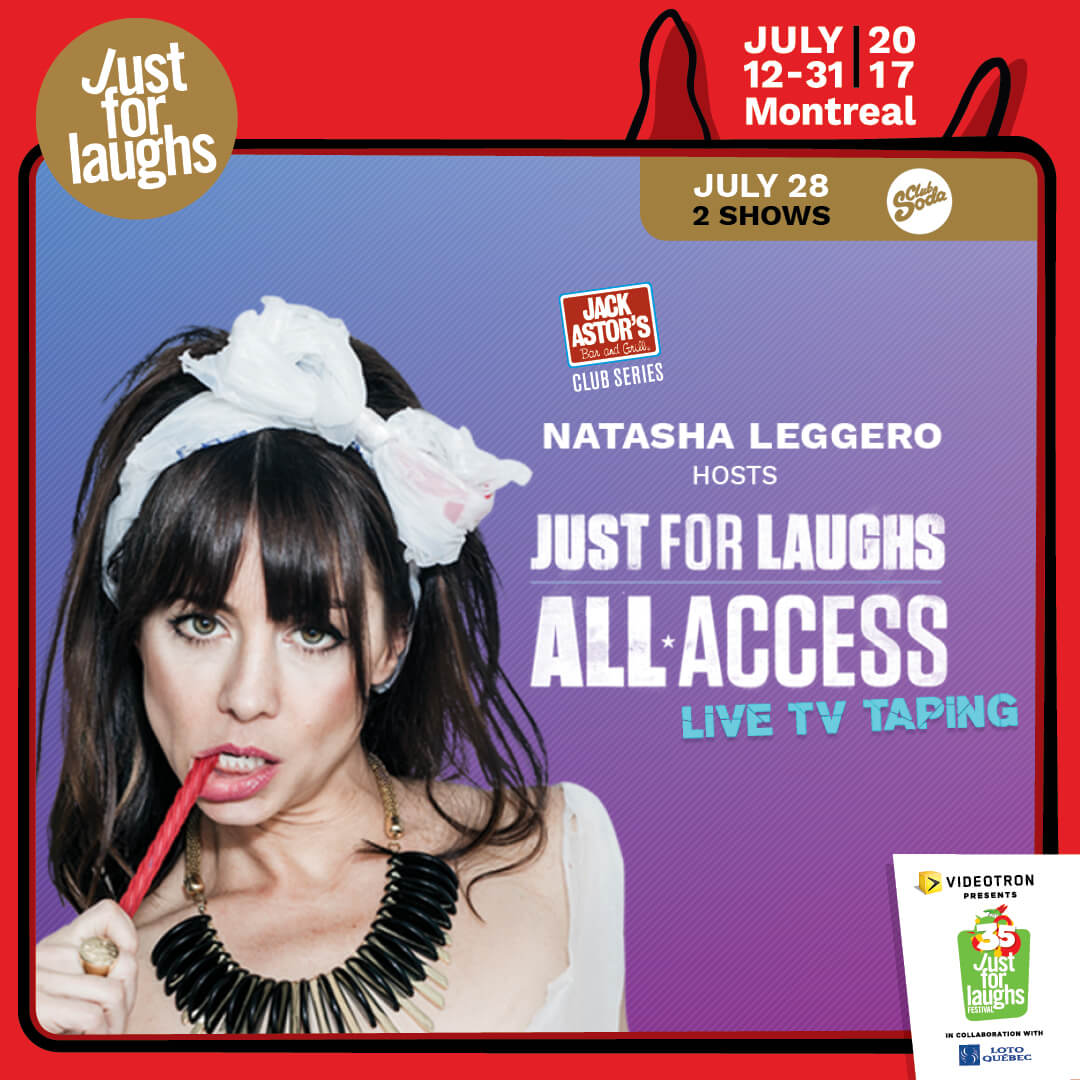 All Access Live hosted by Natasha Leggero at Just For Laughs

Natasha Leggero is an accomplished actress, writer, and stand-up comedian who’s garnered attention across film, television, and the web. She created, wrote, produced, and stars in Comedy Central’s Another Period and is a regular of the amazing Comedy Central Roast series.

Join Natasha as she hosts a stacked line-up of comics for your pleasure. Two shows, two completely different line-ups!

Click here for 10pm lineup and to buy tickets at hahaha.com